Roast fish is one of the two best ways to eat a good whole white fish (the other way is to roast it covered with salt, but we will show this to you another day). Our sea bass was too big for our tray, so we had to chop its head off - surprisingly my children were fine about doing this (though they were seriously relieved to see that the fish had already been gutted).

The main thing is not to overcook the fish - fish is expensive, so don't ruin it by overcooking it.

Preheat the oven at 220 degrees.

Put the potatoes, tomatoes and onion on a roasting tin. Add the olive oil and a bit of salt and let this roast for 25 minutes. Then add salt to the fish (including on the inside) and put it on top of the potatoes. Add the white whine and the juice of the lemon, sprinkle some parsley on top and roast for 20 minutes.
You can see whether it is properly cooked by making an incision with a knife along its thickest side. If  the flesh is white (i.e. not translucent) it is done.

We have take two pictures. As you can see the fish is full of moisture, so you do not need any additional sauce. We also tok a picture of the whole fish (which was a bit ruined as one of my children make too long an incision to check whether the fish was cooked - we tried to cover it up with parsley but it does not look too pretty) Still, we wrought it would be useful to you to see how the whole fish looked.

And one more thing. Fish like this has bones, so ask the children to be careful when they eat it. It is good for them to learn how to eat fish with bones. After all this is how fish was always meant to be... 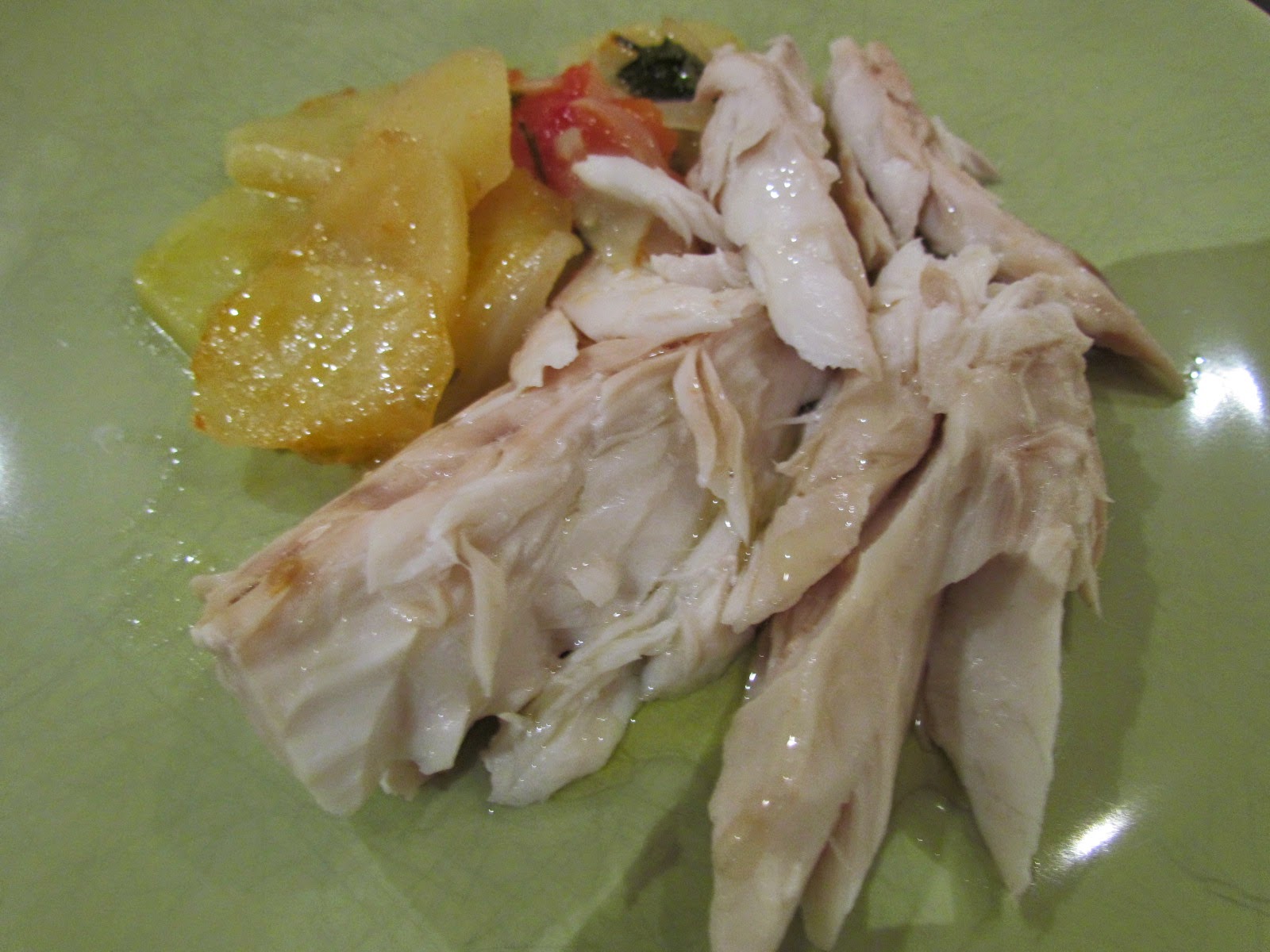 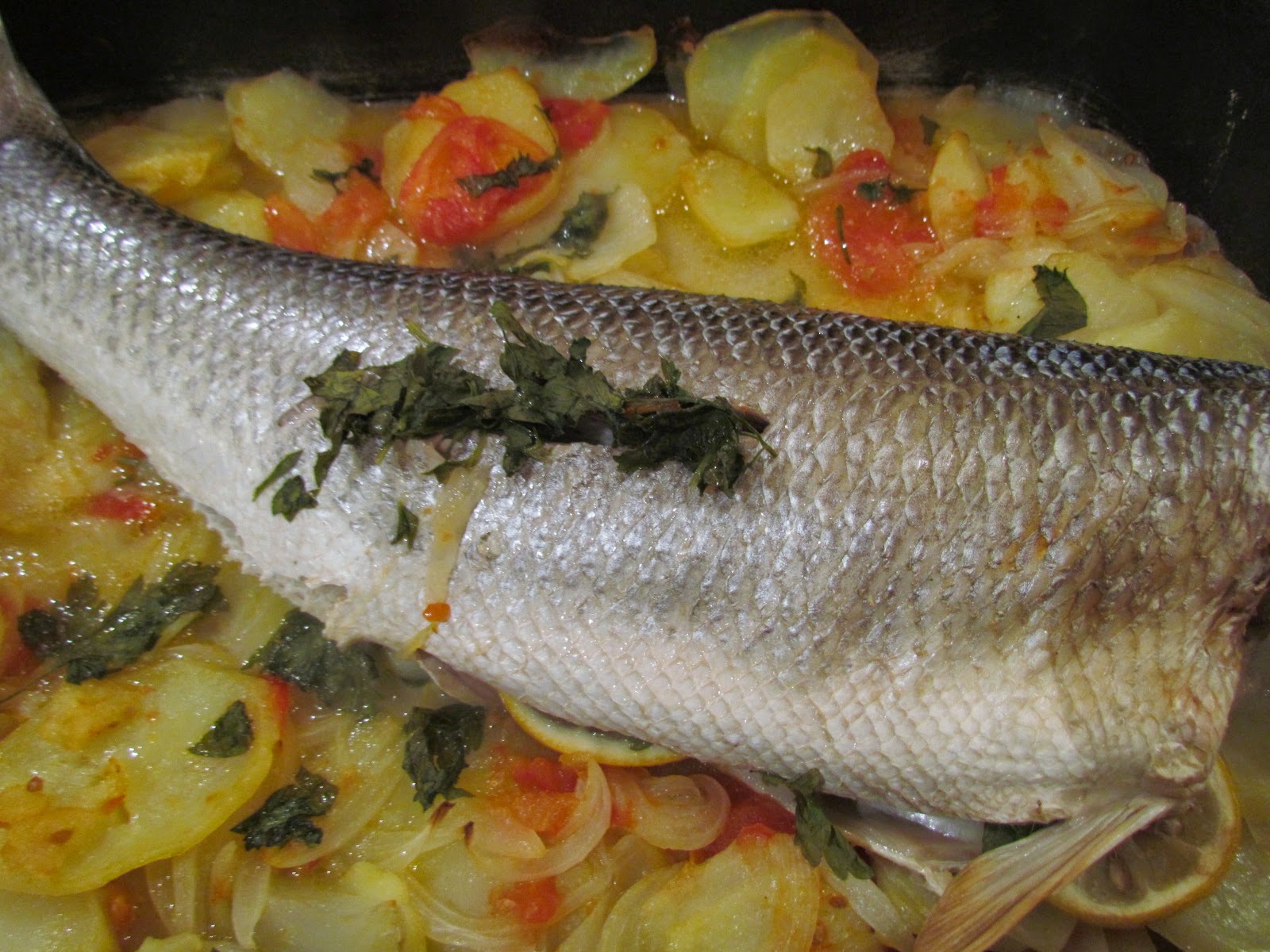