My open letter to the editor of the Mail on Sunday 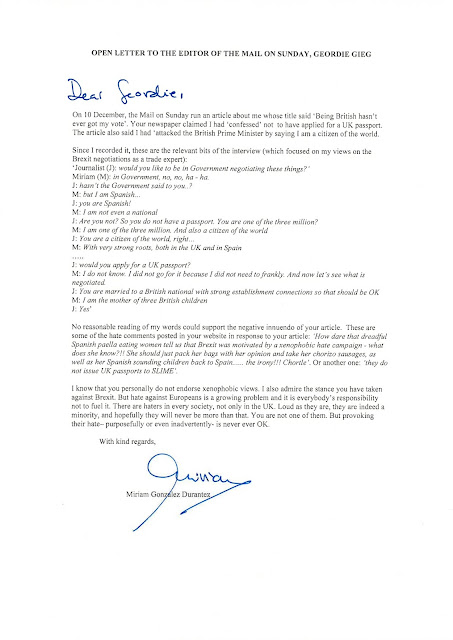 Long time without writing a post. Been far too busy - all Brexit's fault!! 😂

Pedro Ximenez is a sweet wine from the region of Andalucia in Spain. You can buy it in most UK supermarkets. It is meant to be made with grapes that were introduced in Spain when Spain was ruled by the Arabs (many people forget that Spain was under Arab ruling for more years than under Christians)

Heat a pan with a teaspoon of olive oil. Salt the  medallions of pork and fry them on both sides until they are golden (2-3- minutes on each side). Take them off the pan and reserve them until later.
In the same pan add two more tablespoons of oil and fry the onions over very low heat for 15-18 minutes until they are very soft. Then add the water and Pedro Ximenez and let it all boil until you get bubbles. Take a quarter of a glass of the sauce, add the teaspoon of corn flour, mix well and return the mixture back to the pan. Add the pork back to the pan and let it all bubble for 8-10 minutes until the sauce becomes thick (I cannot stand thick sauces, so I often miss the corn flour step) It is great served with squared fried potatoes and swiss chard but also with mashed potatoes or even rice. 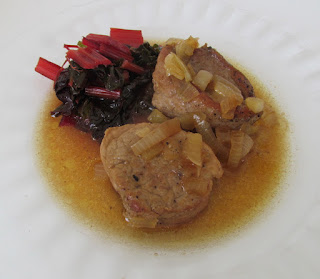