We tried this on Sunday for lunch. Only because one of my sons wanted to learn to poach eggs. It is rather easy. Neither him nor my youngest son were keen on the asparagus though, but they enjoyed the egg with bread sticks (though they still prefer fried eggs - rightly so). We could not find British asparagus yet but the season is apparently coming early this year - they are said to be the best asparagus in the world, so if you have the chance to buy them, do so.

Get two pans (over medium heat) and add boiling water to each of them. Put the asparagus in one of them with a pinch of salt. Let them simmer for 3-4 minutes. When they are ready put them over kitchen paper to get rid of any water.

In the other pan add the vinegar drops. Crack the egg in a bowl, then with a spoon create a whirlpool effect in the pan and add the egg (carefully). Let it simmer for 4.30 minutes and take it out with a slotted spoon. Put if briefly also over the kitchen paper to get rid of any water. 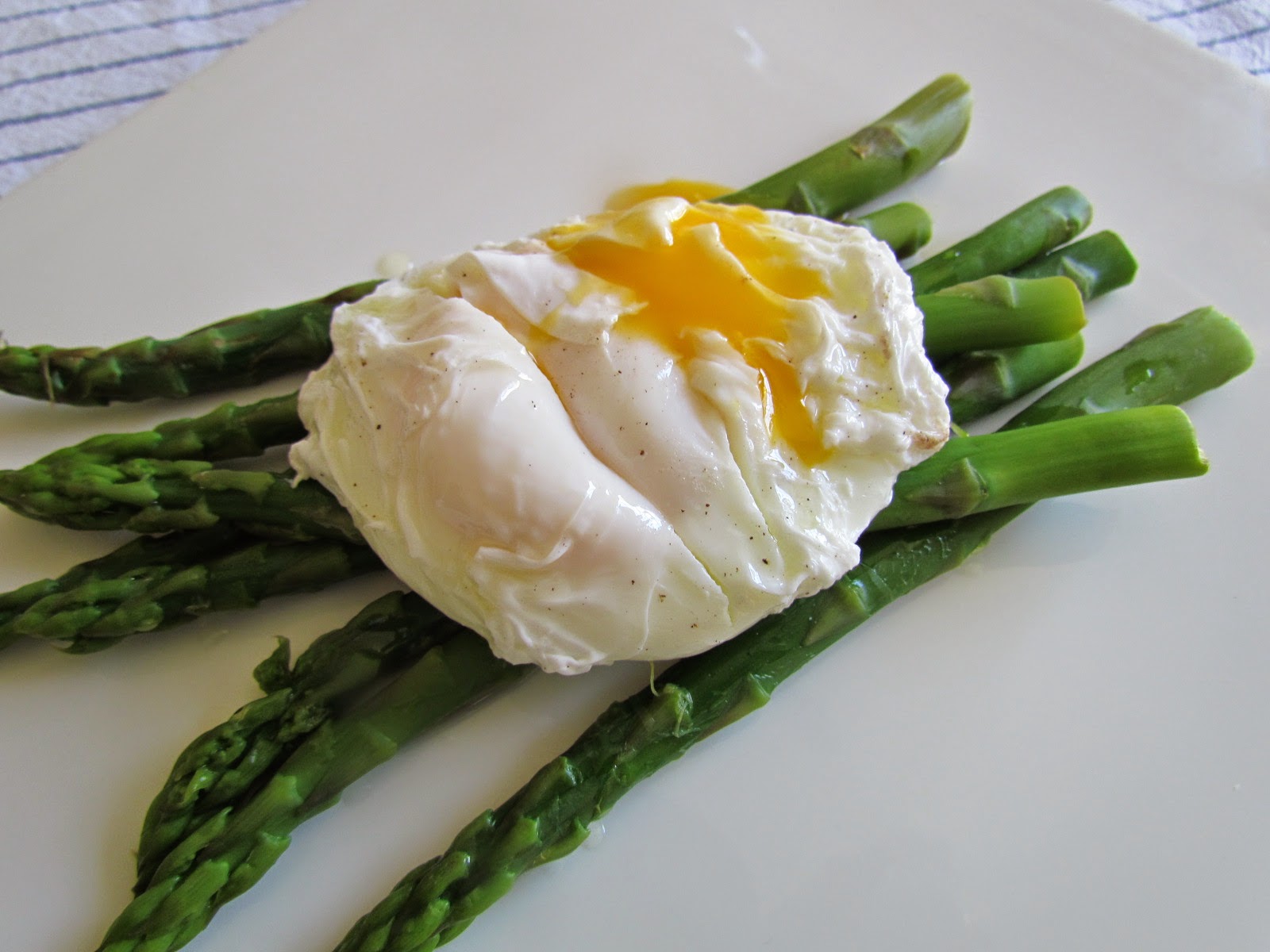