This is a traditional Easter dessert in Spain. One of my aunts used to make endless trays of these each Easter (which has a lot of merit as you need a considerable amount of patience to make them).
They are meant to be as thin as paper and they should break into little pieces when you eat them.

Mix the egg, oil, tequila (or similar) and vinegar and beat well. Then add the salt, sugar and finally the flour. Let it rest for 30 minutes.
Heat  the olive oil in a frying pan over medium to high heat.
Get little balls of the dough (the size of a walnut). Put the dough balls in between two pieces of baking paper and roll them out as thinly as possible with a rolling pin. Take the upper bit of paper off and peel the pastry carefully. Put the pastry into the olive oil and fry it until each hojuela gets golden. This takes only one minute or so on each side, but you need to turn them around (which is very easy as they harden almost immediately).
Remember that the oil should be very hot and you should get big bubbles in each hojuela as soon as they touch the hot oil (see the picture)
When they are golden take the hojuelas off the pan, put them on kitchen paper to get rid of the excess oil and sprinkle them with sugar (naturally the more sugar you use the better they taste) as soon as you get them off the pan.

The children helped rolling out the pastry, which is a big help, but be very careful with the oil as it is very hot. They did not really like them though, which is weird, as they taste a bit like churros, which they love. 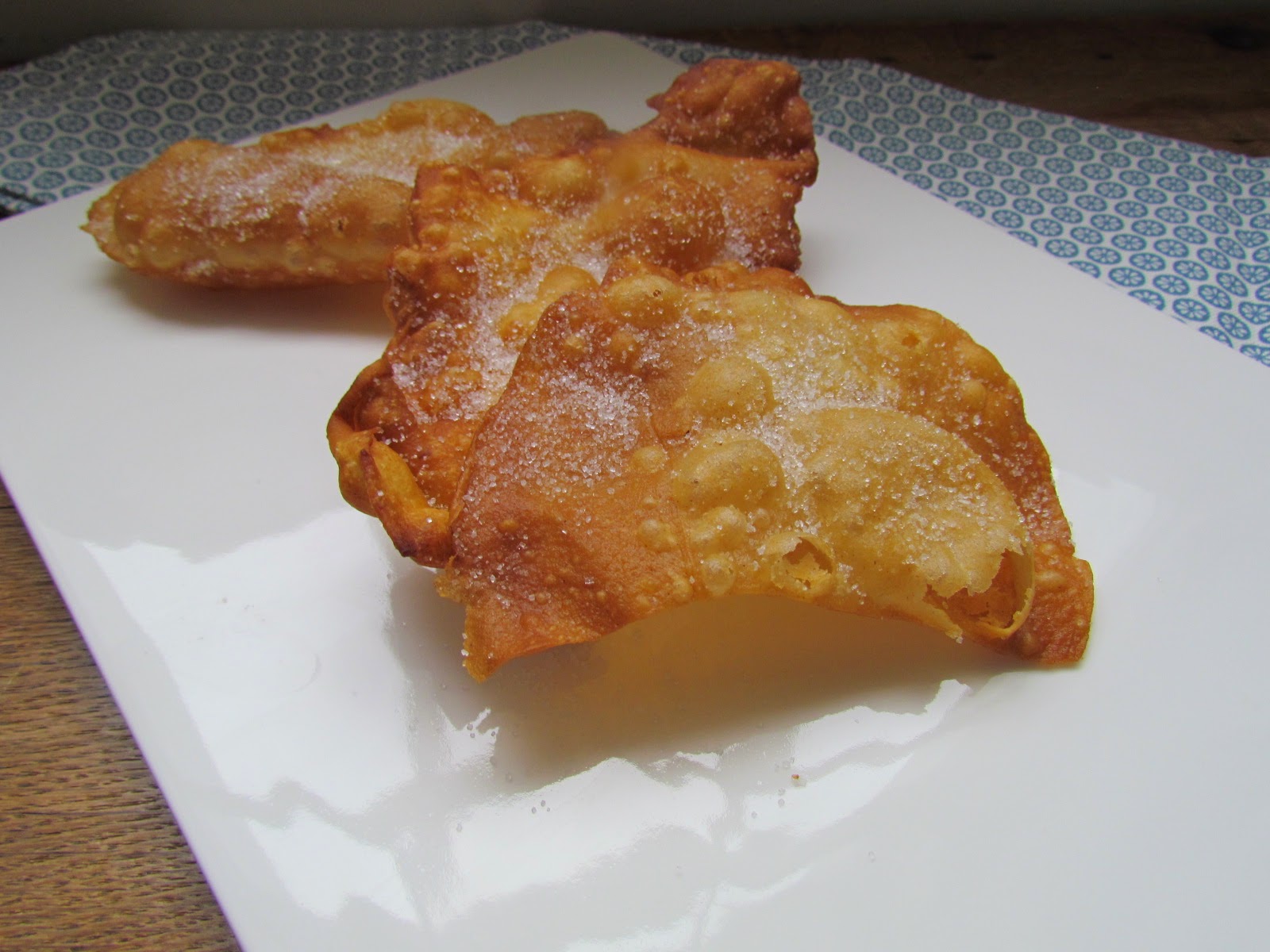